Galileo’s (1564-1642)  importance in astronomy lies in his solidification of the Copernican revolution by answering all three basic objections that were rooted in Aristotelian physics and ancient Greek beliefs. First, through experimentation, Galileo showed that an object in motion stays in motion unless a force acts to stop it, which explains why objects that share Earth’s motion through space should stay with Earth and not fall behind. Second, Galileo built a telescope in 1609 and saw imperfections on the Sun and Moon, which meant that if the heavens were not perfect then elliptical orbits were possible. Third, after seeing that the Milky Way turned into millions of stars, Galileo argued that there were many more stars much farther away than previously believed. Finally, Galileo saw moons orbiting Jupiter, showing that the Moon could stay with the Earth, and he saw Venus go through phases that would only make sense if it was orbiting the Sun, not Earth.

William Shakespeare was born the same year as Galileo and was a famous English poet, playwright, and actor who is regarded as the world’s greatest writer of the English language. Shakespeare’s works have been performed more than any other playwright in history.

Learning about this context was interesting because it showed in so many ways how the Earth was expanding. While Galileo was observing the expanse of the universe, explorers on Earth were also charting the unknown and discovering places for the first time. Time itself was being better recorded, and the some of the greatest writings known to man were being published. It seems that in every aspect of life, alongside astronomy, innovation and discovery were the theme of the time. 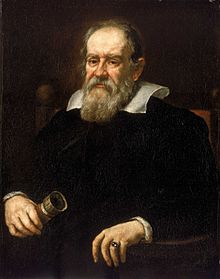